Chris’s experience with technical production elevates the audience experience at the Doc Sunback film festival.  Lights and sound play an important role in the filmmaker’s story and how it is presented in the theater “brings it to life”.  Chris’s intent is for the production to enhance the ambient and emotional attachment to the stories, making them immersive and memorable. 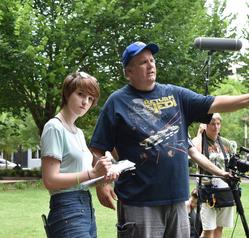 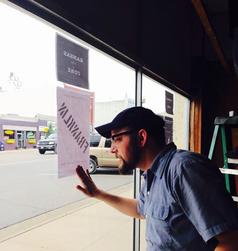 Sara Harmon is a college professor, podcaster, "classic comedy enthusiast," and award-winning filmmaker. Based in Wichita, she produces educational, yet entertaining content by incorporating art, history, and humor into every project. 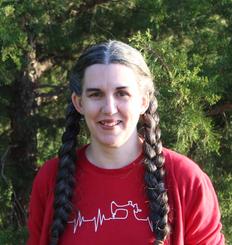 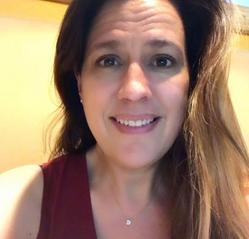 Randy is a photographer and filmmaker currently living in Greensboro, NC. He was born in Anthony, Kansas. “I like to say that I was born in the Heartland and raised in the Southland.” Randy is an event photographer, often shooting major sporting events like the Wyndham Championship. He currently teaches several photography classes at Guilford Technical Community College. He also leads his own production company, 13th Pygmy Productions, which produces a number of short films each year. He has enjoyed being a judge for the Doc Sunback Film Festival over the last four years and brings his own unique holistic approach to judging these films.

In addition to being a founding director for the festival, Kenny is an award winning filmmaker.  Kenny works hard throughout the year to bring a filmmaker's perspective to Doc Sunback, from the hospitality shown to the filmmakers to the explanation of work needed to create various shots and the validity of the filmmaker's voice.  Kenny is passionate about every voice being heard and represented. 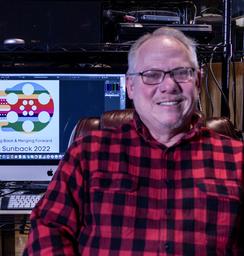 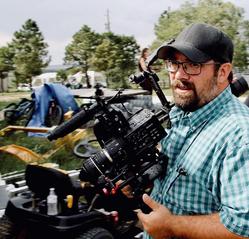 Nancy was the driving force behind this annual community event. She is a founding member who will continue supporting the festival behind the scenes.  She was born in Kansas but has lived all over the US and spent years in Switzerland and Italy as well.  She is deeply involved in her local community, serves on several boards and committees in her beloved town.

Malissa is a maker and a community builder. Originally from a small town outside Beaumont, TX; she moved her family to Kansas 7 years ago. She has produced or provided wardrobe, on occasion for stage and film. She's looking forward to learning what makes Doc Sunback tic and growing the community's interest in the different aspects of filmmaking.

Promoting All Genres of Independent Film

Mike Carpenter grew up behind the camera, his father was a photographer and his family runs a custom photography lab in the Denver metro area. Mike started shooting and editing video in 2004 and was instantly hooked. Mike is an award winning filmmaker and videographer, winning over 40 national and international awards for short films and documentaries he has shot and edited over the years. You can find some of this videos on amazon prime, streampix, Hulu, purefix and Netflix. 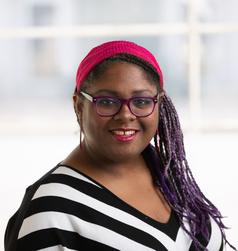